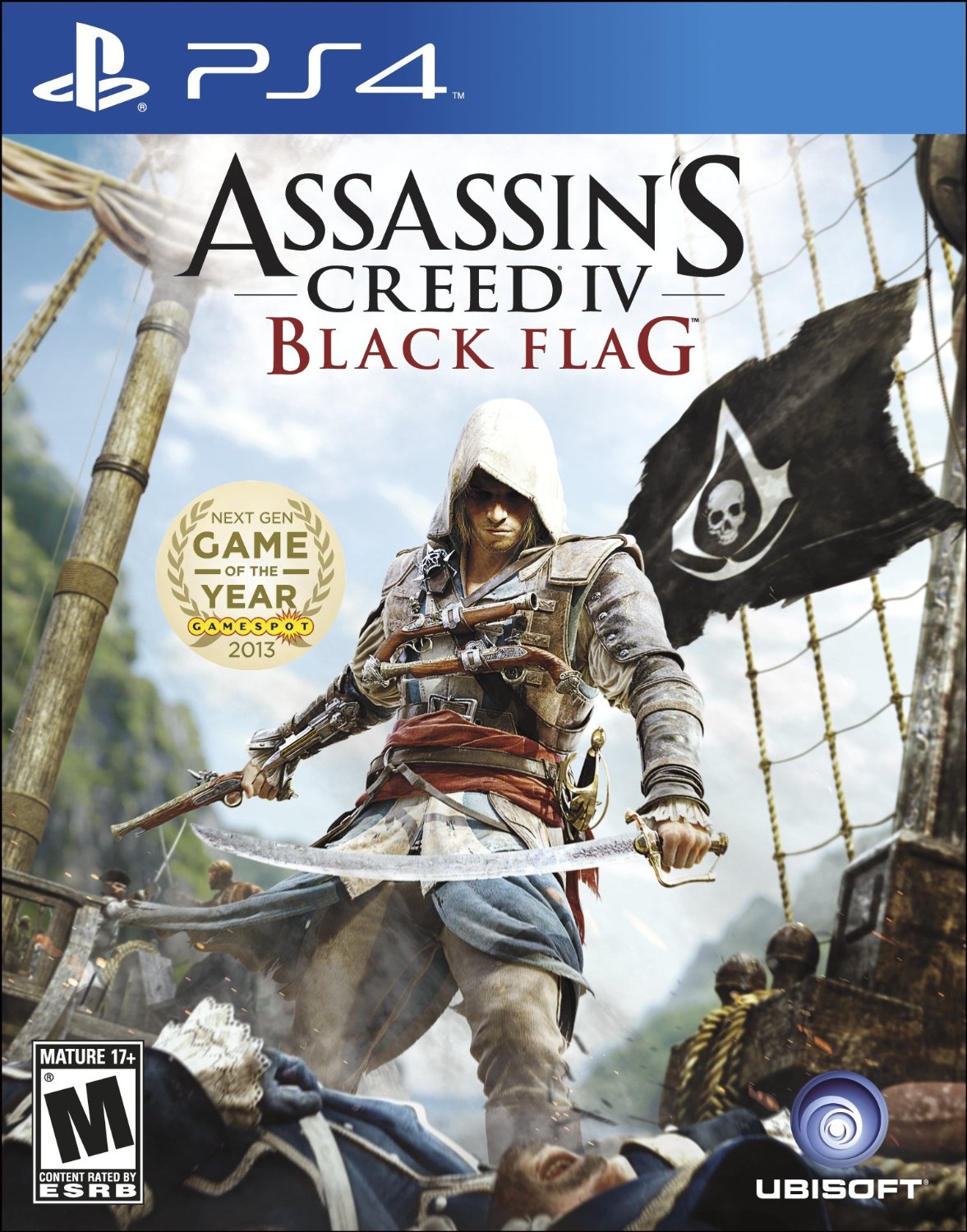 Email customer service with your console choice, PC, XBOX One, 360 or Playstation 4,3. EXPLORE AN OPEN WORLD FILLED WITH OPPORTUNITIES: Discover the most diverse Assassin's Creed world ever created. From Kingston to Nassau, explore 50 unique locations where you can live the life of a pirate. BECOME THE MOST FEARED PIRATE IN THE CARIBBEAN: Command your ship, the Jackdaw, and strike fear in all who see her. Plunder and pillage to upgrade the Jackdaw with ammunition and equipment needed to fight off enemy ships. MULTIPLAYER EXPERIENCE: Play with your friends in the ruthless and critically acclaimed multiplayer experience. Choose from an eclectic cast of characters from the Golden Age of Pirates and fight to the death in exotic locations. A BRASH REBEL ASSASSIN: Become Edward Kenway, a charismatic yet brutal pirate captain, trained by Assassins. Edward can effortlessly switch between the Hidden Blade of the Assassin's Order and all new weaponry including four flintock pistols and dual cutlass swords. EXPERIENCE THE GRITTY REALITY BEHIND THE PIRATE FANTASY: Stand amongst legendary names such as Blackbeard and Benjamin Hornigold, as you establish a lawless Republic in the Bahamas and relive the truly explosive events that defined the Golden Age of Pirates.